I recently took a girls trip to Chicago and it was fantastic! Wanna know the best part? The food! Chi-Town has some of the BEST food that I’ve had while traveling, and it was cheap!

My sisters and I went to Chicago to celebrate one of their birthdays (the big 28)! We stayed at the JW Marriott which was in the prime location just walking distance to the Willis Tower adn other tourist destinations! The hotel also served us with some of the best hospitality I have experienced in my life! I’m talking about free champagne for the birthday girl, endless hotel robes, and a gram-worthy staircase! We even got to enjoy some national holidays and attend Chicago’s Róse Festival AND Pride Festival! 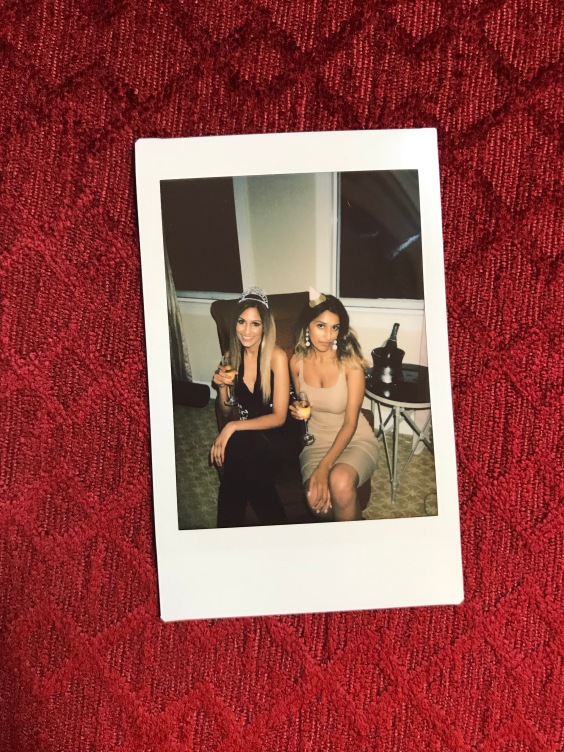 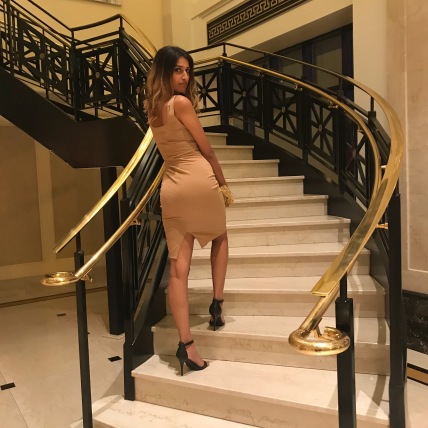 To kick off this post, I’m going to tell you all about Antique Taco. This taco shop is the most aesthetic little taqueria in Chi-Town serving up tasty tacos and MIND BLOWING GUACAMOLE! I could really taste the freshness of the ingredients and I’m pretty sure they added a little bit of Tajin (chili lime seasoning) to give it an extra kick. We ordered the steak and chicken tacos and they were so yummy! However, these were not your average traditional tacos! Yes, they were made with fresh corn tortillas, but the chicken tacos kind of tasted like shwarma. They were topped with pickled red onions, cucumber, and a drizzle of cilantro yogurt sauce. The steak tacos were so juicy and full of flavor. These tacos tasted a little more traditional to me because of the cotija cheese and salsa on top. YUM! The prices here weren’t so bad either. The tacos came in orders of two and ranged from $8-12, depending on your meat selection, which is a good deal for the size of the tacos. The guac and chips were a little pricey, $6 for the guac and $1.50 for chips, but they ended up being totally worth it.

Cake, cake, cake! It was my sister’s birthday, so we had to stop for cupcakes! We headed over to Bake for some yummy fresh cupcakes. We ordered Nutella Malt, Vanilla Chocolate, and Rasberry Vanilla cupcakes and they were so mouthwatering! The cupcakes were super moist and were paired with fluffy buttercream icing. Did I mention how cheap they were? Only $3.50 a cup! 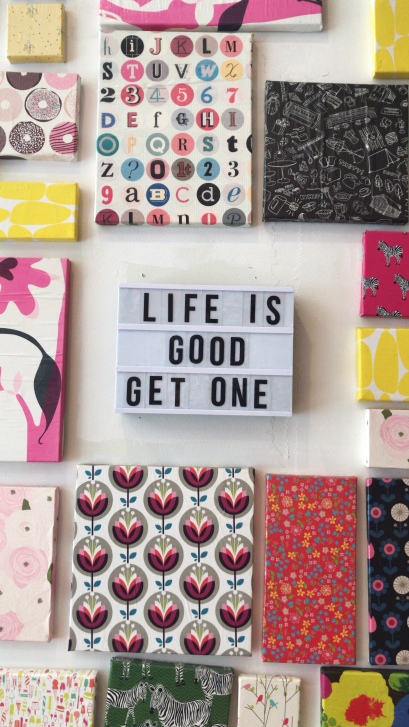 Ever had chicken n’ waffles? Ever had chicken n’ waffles on your pizza? Best invention ever. My sister had been raving about this place before coming to Chicago and I had to check it out for myself. It was so good that we came here twice! Dimos serves pizza by the slice or whole, and they’ll make it any way you want it. Want half mac n’ cheese pizza and half elote pizza? They’ll make it happen! Of the plethora of pizza options to split ur pizza, we decided to get the best of both worlds and order half chicken n’ waffles and half buffalo chicken pizza. The chicken n’ waffles are layered on a light honey and mozzarella bed, topped with fried chicken and waffle crisps. I promise it’s so good! Especially with hot sauce on top. The buffalo chicken was full of flavor and had a nice kick. Dimos is also super cheap! Pizza by the slice is only $4.50 and whole pizzas start at $15. So cheap! I highly recommend checking out Dimos, you won’t regret it!

This Italian market was a dream come true. I wish I could go back! When you first enter, you grab your glass of vino (optional), check out the stands, reserve a table, then grab some snacks, sample gelato, spritz, and eat, breath, Eataly! The first floor of  Eataly has snacks, quick food counters, gelato, crepes, and a café. The second floor is where all of the sit-down restaurants, meat shops, and cheese shops are located. We went to La Pizza and La Pasta, and our table reservation was about a 45-minute wait, but exploring the market made the wait time fly by! All of the food in Eataly is made fresh to order! I ordered the Tagliatelle al Ragu di Manzo. The pasta was pricey ($24), but it was made fresh tagliatelle and I could NOT pass a plate of ragu. After dessert, I got some gelato, but to be quite honest it wasn’t that great and it was overpriced. I ordered the Stracciatella and Salted Caramel gelato, but the gelato was too milky to enjoy. 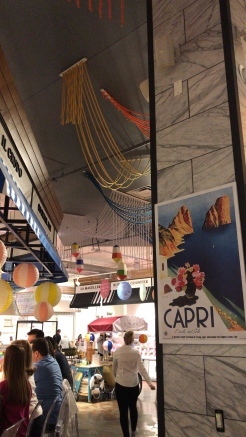 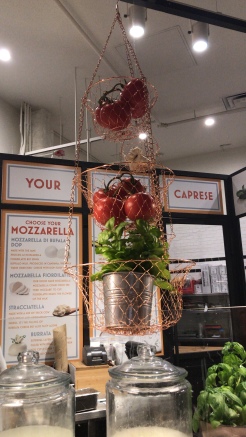 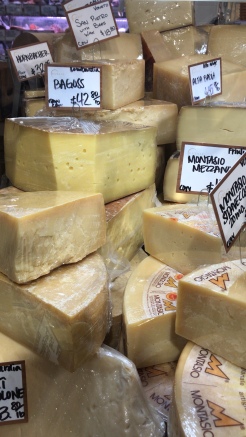 Havana ooo na-na! Half of my heart is stuck on that marinated Pollo Horneado con Platano I had at Havana in Chi-Town! Yasss, this fancy, schmancy restaurant was whipping up chicken in plantain leaves. My entree was so delicious and steaming hot. The plantains were the perfect compliment to the savory chicken. The chicken didn’t have an adobo or chipotle flavor. In fact, it tasted similar to chicken-tikka, but with a habanero flavor. I wasn’t a huge fan of the sweet potato on the side, but the overall meal was fantastic. Yes, this meal was on the more expensive side too, but it was still under $20 and absolutely worth it. 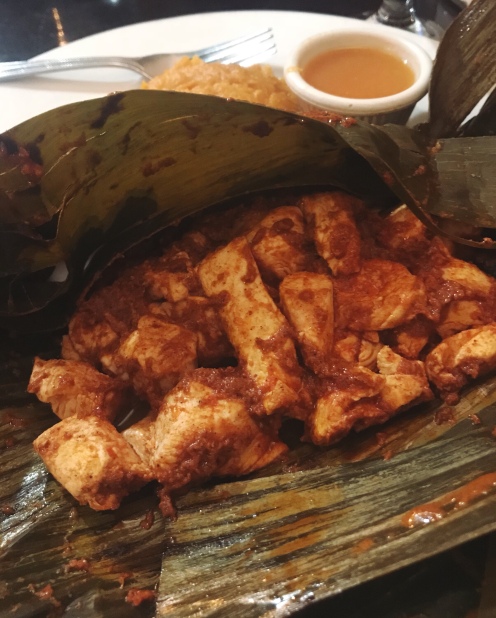 Twas a windy day in the windy city. Yep, it was cold AF the first couple of days we arrived, which was the perfect excuse for me to stop by the recipent of the James Beard Award, Mindy’s Hot Chocolate. My sister had the Oat-ly hot chocolate, which replaced your average cow’s milk with nut milk (pun intended, hehe). I got the Mexican Hot Chocolate and it was spicyyyy n’ sweet n’ savory and paired with a homemade marshmallow. YUM! I will say that the rich hot chocolate, was for the rich. It was not worth $8 for a 10z cup, but definitely $6. 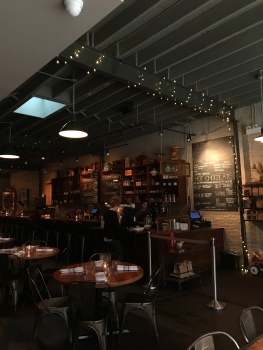 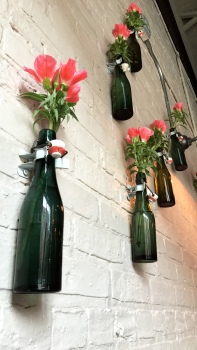 So my original plan was to hit up Lou Malnati’s for deep dish pizza. That was until a local told me to go to Pizano’s. Pizano’s was actually opened up by the brother of Lou Malnati, so I decided to let Pizano’s take my deep dish virginity. After this experience, I realized that I am just not a huge fan of deep dish pizza. The sauce was good (needed some salt), the cheese was melted perfectly, and the dough wasn’t too hard nor too gooey. I’d just rather eat thin, hand tossed, or Dimo’s. Sorry, not sorry Deep Dish fans. 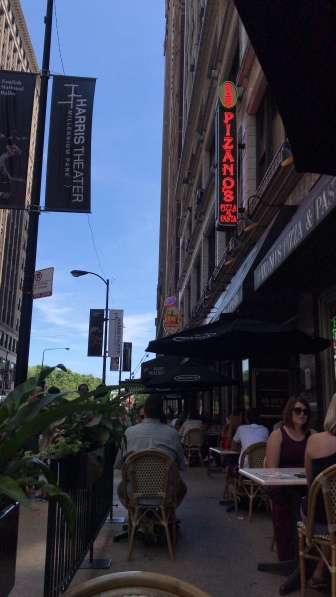 My tea’s gone cold I’m wondering why I didn’t just go to Stan’s Donuts and Coffee every day in Chicago?! Yah, Stan’s had the best, red velvet donut I’ve had in my life. It was such a hit that I had to come back to the shop twice because they kept running out! Icing on the outside, chocolate chips on the inside, and hidden pockets of cream cheese oozing throughout the donut, yeah it was heaven in my mouth and wallet. 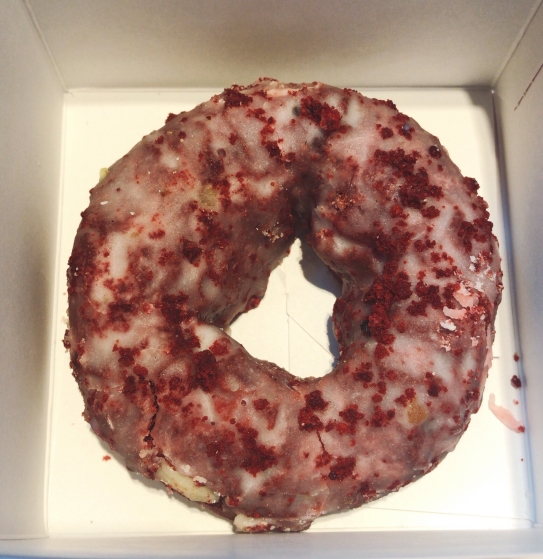 Did someone say brunch? Slightly Toasted is the chicest and cheapest brunch spot in Chicago. This place has all the toasts you want for the low-low. Avocado toast, hummus toast, beef tartare toast, you got it! Toasts ranged around $5-9, and even their chai and cold brew were around $4 too! 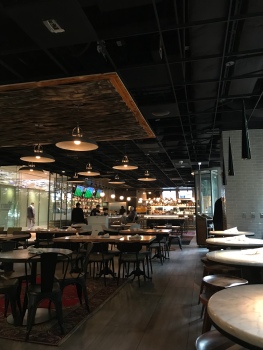 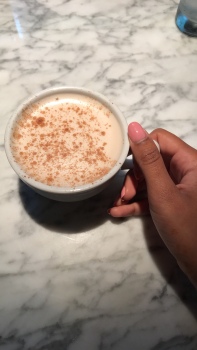 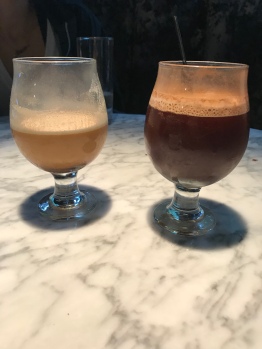 Of all my recent trips, I must admit that my best food experiences were in Chi-Town. I will most definitely be returning to this lovely city and eat their nommy, cheap food! If you’re in Chi-Town and are trying to get the best inexpensive bites, then this post is for you!