You know what day it is… YES, TACO TUESDAY! For you loyal Taco Tuesday fans who are dying to find a new taqueria every week, this post is for you! So let’s taco bout ATL’s newest HALAL taco shop, Big Daddy’s Tacos!

Halal tacos? Yep, you heard that right. The owners of this casual eatery are a couple of Bangladeshi and Indian guys who found inspiration from the taco infusion restaurants in Texas. The guys thought why not bring some flavor to ATL? Who would have known that they were going to switch up the taco game! So whether you’re in the mood for  Chicken Tikka Masala, Injera, and or traditional Mexican style tacos, Big Daddy’s got you covered.

I came by the shop last week for lunch and ordered their chicken tikka masala, brisket, and grilled tilapia taco with a side of elote and guacamole. The chicken tikka masala tacos reminded me of home. The spicy flavors of the masala topped with cool cucumbers made the perfect Indian treat. The beef brisket was so tender and juicy topped with fresh cojita cheese. The grilled tilapia had a smokey chipotle sauce topped with crunchy red cabbage and of course, CHEESE.

Rather than the elote being straight on the cobb, it was served in a bowl topped with queso and chili, which made it much easier to eat. The guacamole was made fresh with ripe avocados, fresh tomatoes, and cilantro. The flavors of the guac and elote complemented all of the tasty tacos. All of the entrees and sides were absolutely satisfying, made fresh to order, and were portioned well enough to fill you up!

Now, I bet you’re wondering “how much did you spend?” Well, I’d love to tell ya! I came in at lunch hour so I ordered Big Daddy’s lunch special, which was only $8.99. For under $10, I got two mouthwatering tacos, one side, and a drink! What a deal? This taco shop does not break your wallet! Tacos start around $3-5, but are worth the price! Not to mention the great customer service, the co-owner that I spoke to was so friendly and was happy to help me select the fan favorite tacos off the menu.

Would I come back to Big Daddy’s? Uhh… YES! So should you! Even if you don’t typically eat halal food, Big Daddy’s Tacos is still worth trying. If you’re in the Chamblee/Dunwoody area, then I highly recommend stopping by this taco shop. 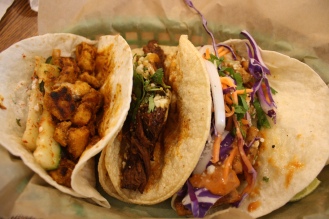 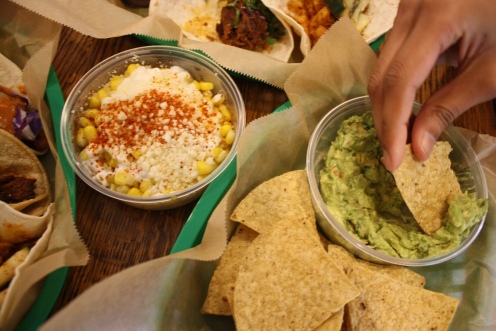 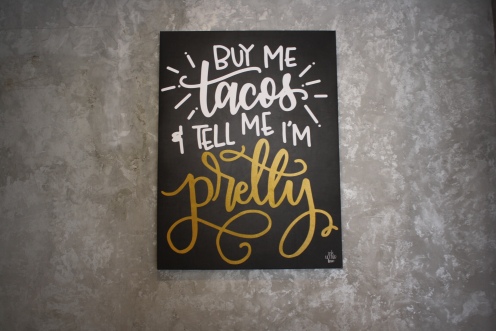