So while I was out in Spain, I took a trip to Greece! My visit to Crete, Greece was completely unplanned. I was hoping to visit Florence or Lisbon, but one of my really good friends was visiting Crete so I booked a flight to Heraklion and had a blast! I should add before going into details, I did not get to dance around tables and break dishes and yell “OPA!” That festivity is typically in super traditional areas, but I was in a more industrialized area. So if you’re wondering, the closest Greek specialty moment I had was when my friend and I got a ticket for making a left turn on a right only, but hey, “It’s all Greek to me!” 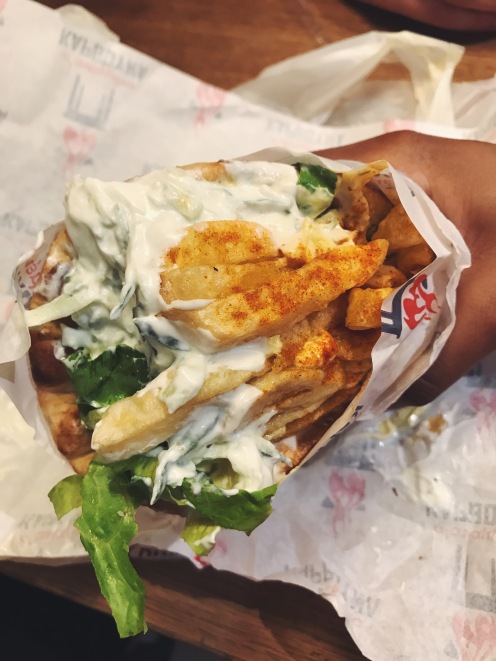 Processed with VSCO with f2 preset 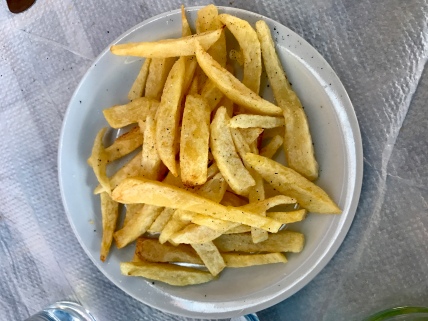 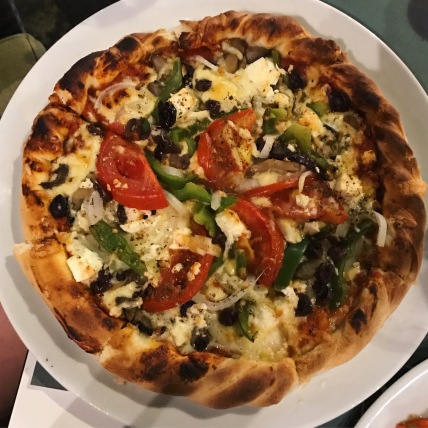 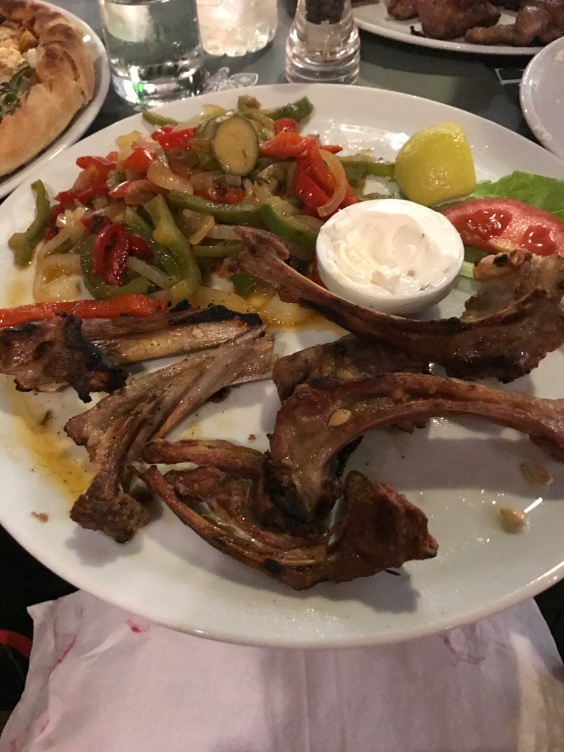 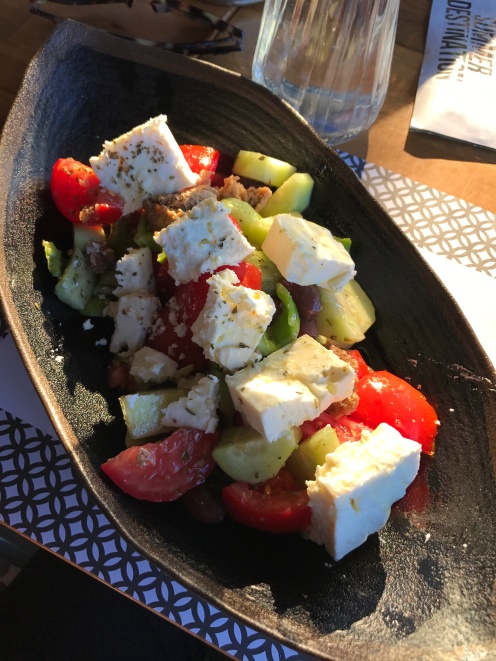 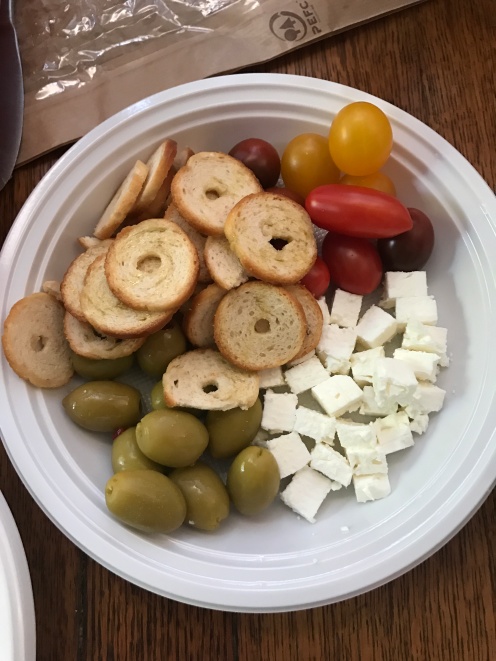 It was refreshing to have a taste of the other side of the Mediterranean. Greek food is so fresh and their 3 Euro feta tops any of the overpriced feta that I have had in the States. I always had a feta salad as an appetizer anywhere I went and I even got a little Greek myself and made my own cheese plate with cherry tomatoes, feta, olives, and bagel chips drizzled with rosemary infused olive oil (YUM).

Gyros were made right in your face, stuffed with your choice of grilled meat, and topped with crispy french fries. Might I add, Greece has some of the BEST french fries! Their fries are hand cut and so soft, they don’t even taste unhealthy! I couldn’t get enough of them.

Greece grills a lot of their meats and also fries a lot of their seafood and vegetables. I ordered a plate of chicken with fried eggplant from a local restaurant near my Airbnb and the the meat was so juicy and veggies were so savory. Mediterranean food is pretty simple and is made with few ingredients, which makes it so good. However, the only item that was disappointing were Lamb Chops. I ordered them once, expecting a huge tray of meaty chops, but no. I received a plate of hard chops and grilled bones. I was appalled! The bones were pretty tasty, but there was NO MEAT. So if you go to Greece for some nice lamb chops, look them up and ask if they’re mostly meat or mostly bones. Even though my experience with the chops was disheartening, the pizza definitely was not. The Greek pizza was topped with tons of fresh veggies, feta, mozzarella, and various seasonings. I would absolutely rank the pizza as my favorite entree that I had in Crete.

I should warn you all that unlike Spain, Greece is expensive. Entrees killed your budget and the cheapest thing I bought was a Gyro which was 3 Euros. Greece’s economy is not in the best place right now, so be prepared to fall into tourist traps (like my ticket), overpriced taxi rides (they don’t use meters), and expensive food/drinks. I have a way with words so I did my best to haggle down prices anywhere I went.

Overall, my trip to Crete was super spontaneous and absolutely worth it. The food was delicious, the beaches were beautiful, and the weather was spectacular. I highly suggest visiting Greece, it will be a trip worth traveling for.